I’ve reached the age where I’d prefer that my birthdays be non-events. Sure, it’s a perfect excuse for a great meal and decadent dessert, but beyond that…let’s just say you’ll never hear me claim it’s my “birthday week” and chances are I’m not even sure on which day it falls. I’m also awful at actually making any plans for said great meal, but Gaspar’s always on the ball. I’m in good hands.

This year, he decided it was time to try the much-lauded brunch at Hernán Gipponi in the Hotel Fierro. Day-drinking and a parade of gourmet food? That man knows me so well.

The brunch scene still seems to be in its infancy here in Buenos Aires, but I’m hopeful that sooner or later more restaurant owners will come around to the glory of diving into French toast and mimosas at 1pm – excuse me, 13hs. Hernán Gipponi’s doing a great job of leading by example.

The multi-course brunch menu changes regularly, and while it’s pricier than the average Argentine desayuno of a cortado and some medialunas, in my opinion it’s a bargain in that you get much more than what you pay for. With only ten tables, the setting is intimate and the service remarkably attentive for Buenos Aires. Friendly, too. “¿Estadounidenses? Pero hablan muy bien!” A well-meaning but back-handed compliment that’s a distant second to my favorite, “Pero no son gordos!”

The photos speak for themselves. I did miss a few courses because I was so busy stuffing them in my belly. It’s hard to choose a favorite, but it MAY have been the polenta with blue cheese and a morcilla fritter. Although I could have eaten that hummus that came with the boiled egg by the spoonful. 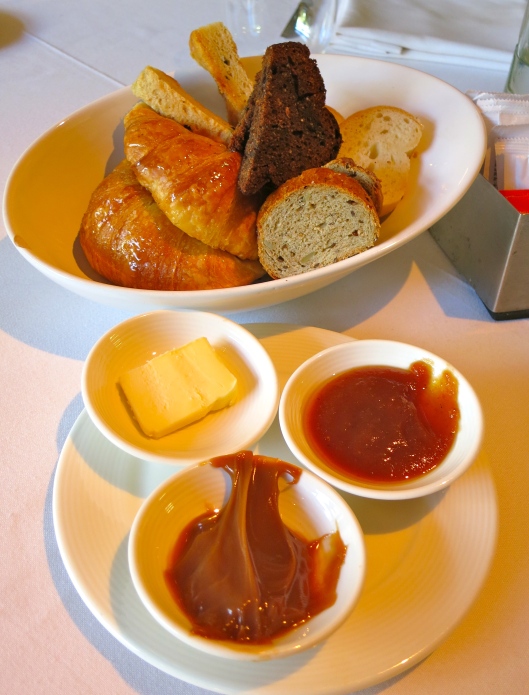 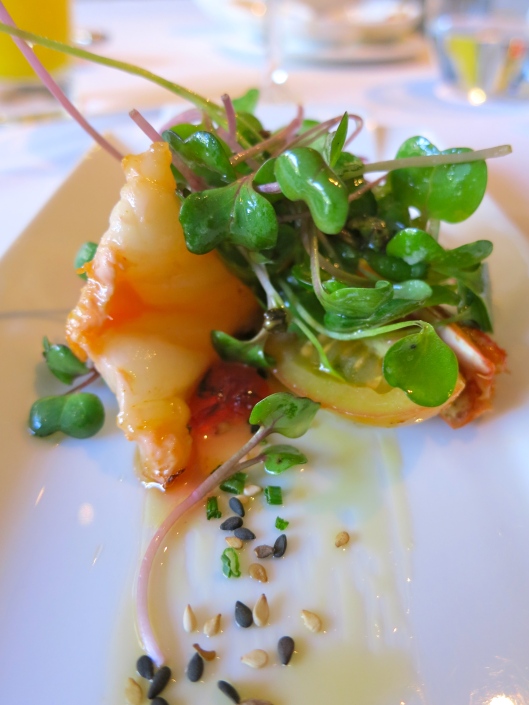 Prawn with mandarine, campari and beans 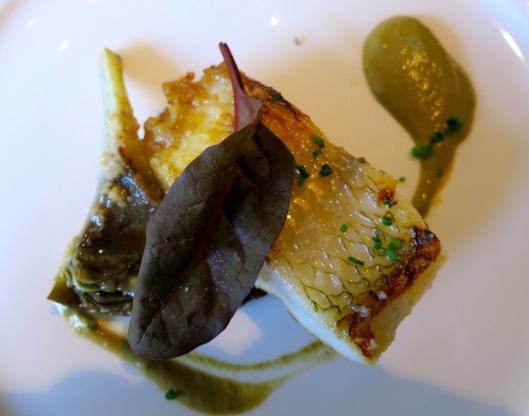 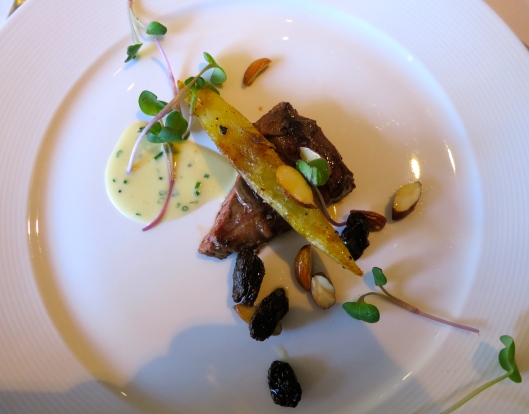 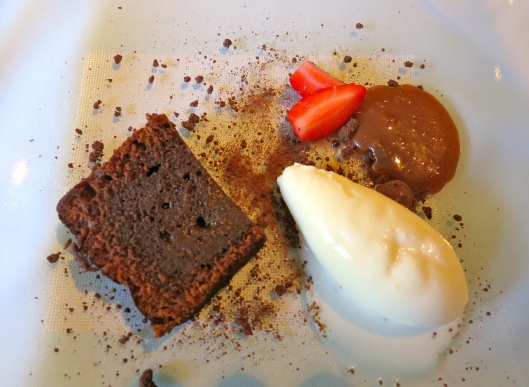 Don’t take my word for it, pretty much every food loving ex-pat living in Buenos Aires has heaped this spot with praise. Check out the mouth-watering reviews and amazing photos on Pick Up The Fork, The Lost Asian and La Panza Porteña. But be warned, the price of the brunch has increased in the months since some of these reviews, and is now $120 pesos per person. Non-existent inflation’s a bitch.